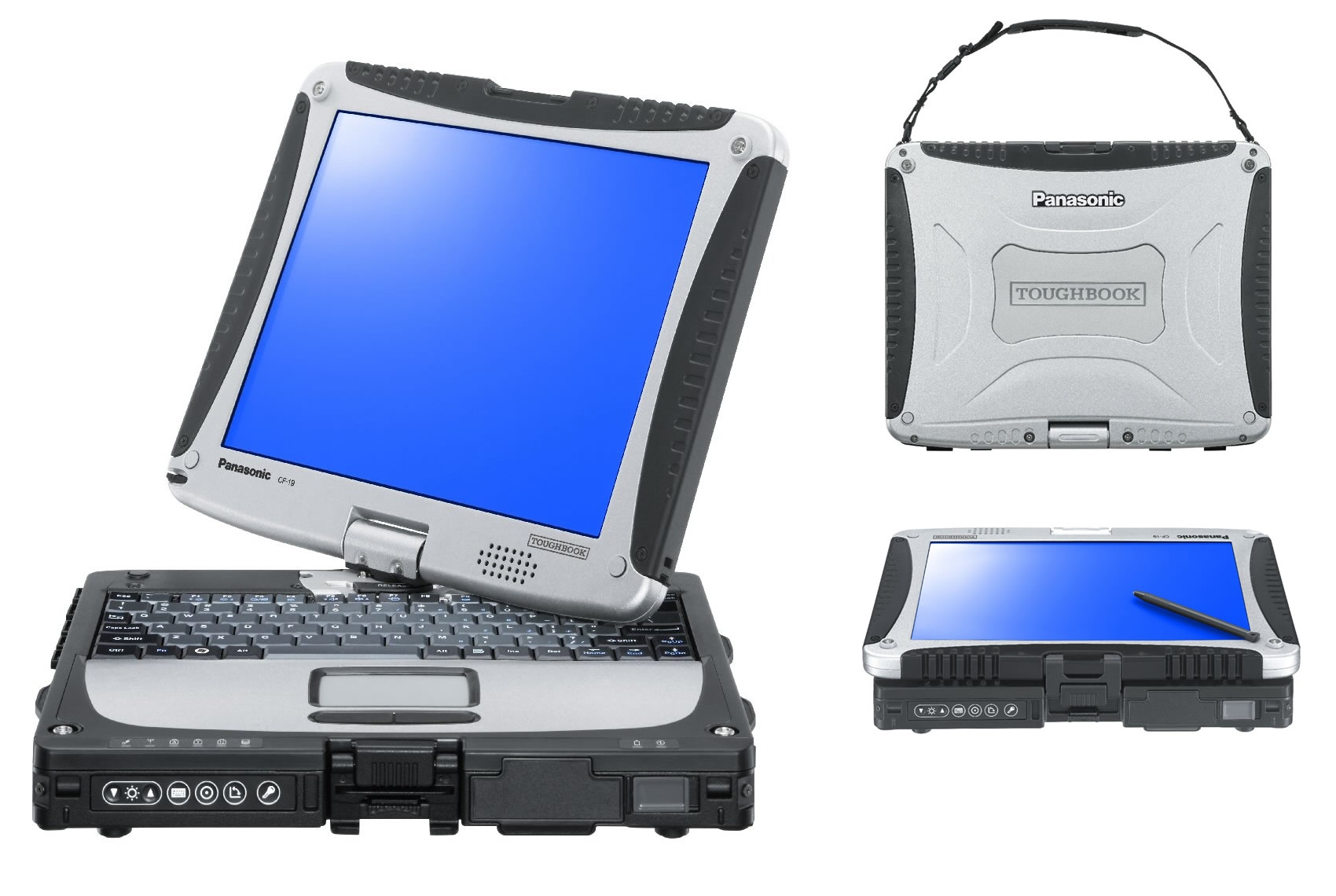 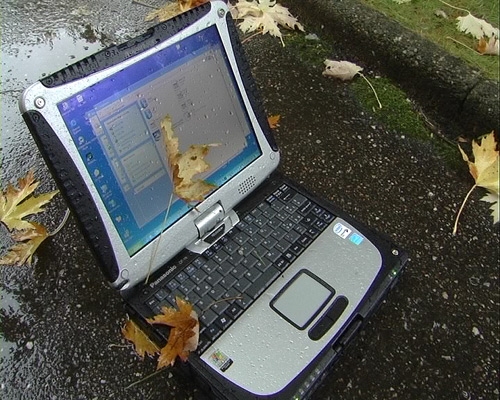 The Panasonic Toughbook CF-19 is not your average convertible laptop. It’s one you can drop in the mud, drive a car over, clobber whoever is trying to steal it from you over the head with, and generally use in circumstances where most computers would give up the ghost (in the machine). Welcome to the ruggedized laptop.

Professional rugged laptops and even tablets have been around for a long time. They’re in high demand with the military, security, field engineers, medical personnel and pretty much any scenario where the reliability of your technology is crucial in a potentially hostile environment.

The Toughbook CF-19 is not necessarily just for professionals either; if you live near the coast, in the jungle or at the edge of a desert, you’ll want a properly ruggedized device to protect against salt, sand, splash-damage and more. Heck, even if you’re working in a city it’s nice to know you can use your laptop in the rain, or accidentally drop it while crossing a busy street, all in the knowledge that it will survive.

About the machine itself, we’ve looked at this particular model before, with the Panasonic Toughbook CF-19 from 2007. Just in case you’re new to the CF-19, it’s a 10-inch clamshell convertible laptop/tablet in the Lenovo ThinkPad X220 vein, with a magnesium alloy inner chassis, your choice of Intel Core-I processors, up to 8GB of RAM, drop-proof hard drive or SSD, and oodles of connectivity including 3G.

For input there’s both touch and an optional Wacom stylus digitizer, which work great with Windows 8 (though by default this machine comes with Win 7). Naturally there’s also a whole bunch of business features like TPM, a Smart Card reader, fingerprint reader, and more. Claimed battery life, meanwhile, is an impressive 10 hours – and better yet, our tests confirm that.

The Toughbook CF-19 is not a pretty laptop. It’s unashamedly bulky, and looks like a portable PC designed in the early nineties. On the outside it uses a combination of hard-wearing, textured silver and black plastics.

The nicest thing you might say about it from an aesthetic viewpoint is that it’s industrial. However, anyone who complains about this Panasonic’s looks is kind of missing the point. Sure, it’s no MacBook Air, but try driving over one of those with a 4x4 and see how it likes it. The Toughbooks take function over form to new heights, and the CF-19 is the toughest model of the lot, making it easy to forgive its chunky exterior.

We’ve said certain laptops were built like bricks in the past. Funnily enough the CF-19 doesn’t quite feel as solidly rigid as the unibody metal Ultrabooks and MacBooks we’ve played with, but it is in fact far more durable; bricks wish they were as solid as the Toughbook CF-19.

First let’s talk hard data. The CF-19 conforms to both MIL-STD-810 and IP65 standards. IP65 was established by the International Electro-Technical Commission as a standard for rating the ‘protection against ingress’ of a chassis or enclosure. The first digit refers to ingress of solids, while the second does the same for liquids.

The Panasonic Toughbook CF-19 has a 6 for its first digit, which is the highest possible rating, meaning it’s totally protected against dust, grit and dirt. On the liquids scale it scores a 5 (weatherproof) where the highest score is 8 (waterproof). This means it’s completely splash-proof and can even deal with high-power water jets directed at it – in other words, never again will your kids ruin your office laptop with their malicious pump-action water guns.

MIL-STD-810 is a little more complicated. It’s a military standard that requires a device excel at a set or sub-set of stringent requirements, which are tested under lab conditions. The Panasonic Toughbook CF-19 is vibration, shock, water and dust resistant up to MIL-STD-810 standards, and should be able to withstand drops of up to 1.8m.

Of course all this ruggedness does come at a price, since the Toughbook CF-19 will weigh you down by around 2.33kg. However, thanks to its rounded edges and detachable carrying strap this laptop is quite comfy to carry around. You also need never fear it opening accidentally, as there’s a metal latch system securing the lid, and likewise for the screen turning, as there’s a heavy-duty locking mechanism that needs to be released before you can twist it around.

Panasonic hasn’t changed the Toughbook CF-19’s chassis since we reviewed it back in 2007. Back then we drove a car over it, and it still worked. This time around we were a little more conservative, dropping it repeatedly on concrete and spraying several litres of water over it. Oh, and we also used it as a punching bag, as well as practicing our bare-knuckle boxing skills on the screen. The result: not a scratch or stutter.

Throughout it all the CF-19 just kept on working – no drying time, no down-time, no interruption in the workflow. It’s not like we needed confirmation that this rugged laptop is as tough as its name implies, but it’s good to see that it’s still as durable and weatherproof as ever.